To see the list of classes and plans: Click HereYou can also make an appointment for a class in Berlin or Bordeaux. Send me a message to arrange a date.

About developing my own method and creating The Cello Practice Helper 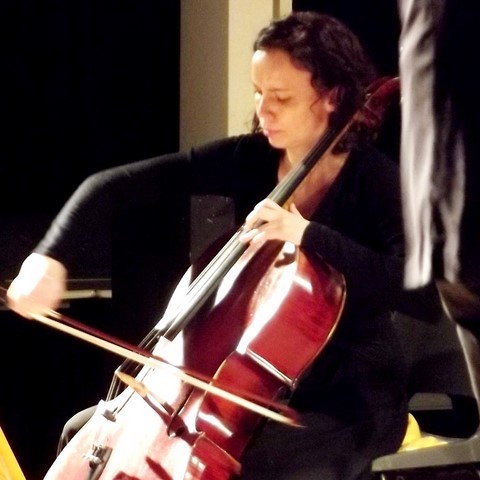 Always looking for answers and new questions, in 2011, I started a research into understanding our movements, and how to use our body in an optimal way in order to get the best sound, freedom, and technique.
This exploration also led me to a long research about the mechanics of the sound of the cello and its history, and a recording of the Bach Cello Suites on a full baroque set-up (2014-2018)
Through the years, I noticed that most of the cellists who came to me for lessons were unaware that their posture, movement, breathing and lifestyle were the roots of their sound and playing. This is when I started to develop my own method of teaching cello.
During the Covid pandemia, I decided to learn about medicine and I became a student of the Arche Medica School in Berlin. Taking advantage on my free time! This is when I really spent time to understand each muscle, joint, movement and levers in the human body. 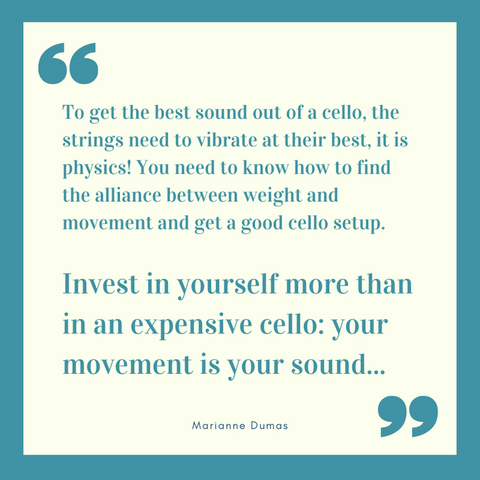 How I started working online...

In 2014,  a former student asked me for help during her bachelor studies in London. At first it, was just a way to keep in touch and help her prepare repertoire and improve her technique, and then another student contacted me and so on... Here I am, years later teaching most of my students online and loving it!

I also offer in-person sessions if you prefer, depending on which city I am in. Most chances are to find me in Berlin or Bordeaux.

How do I work?

During our first meeting we will define your needs.
During our first session I will observe your playing, we will talk about what you would like to improve, and then, I make a plan on how to achieve you goals and we start working!
I make you find the answers by giving you the tools you need to achieve your goal.
Common goals:

DEVELOPPING BIOMECHANICS
started 20 years ago with.... a tendinitis!

During my undergraduate studies (in 2000) I had tendinitis problems. My teacher didn't know how to help me even if he was (and still is) wonderful cellist and teacher. I was lucky and got recommended to "Clinique du musicien" in Paris where I could find the cause and work on my posture so it would never happen again. My pain was caused by my shoulder blades + the arches of my left hand. I spent 3 months doing all the exercises, 3 months later I started changing my posture with the cello, and 6 months later I was playing the whole Shostakovitch concerto without any pain!

Since then I haven't had any injury, I recorded the 6 Bach Cello Suites, I keep performing,  playing for hours pain free ever since.

I noticed that I had a lot more sound, and my left hand technique was much  stronger.

Using your body in an optimal way opens a lot of new doors.

This experience made me realise that if I could improve so much by changing my posture there was probably a lot to keep exploring in the body-mind field...

"Make the impossible possible
The possible easy
And the easy elegant"

While I was studying in Pittsburgh (USA),  I heard about Kay Miller and the Core Somatics Institute. Kay was the Founder and Executive Director of the Institute, her aim as a thearpist was to enable people to reach their physical and mental potential by working on the mind-body connection. In addition to The Arts Therapies, she was a certified in the Rubenfeld synergy method, Feldenkrais Method®, and also received her Gestalt training in the three-years postgraduate program at the Gestalt Institute of Cleveland.

I spent 5 years working with her. Our sessions were as important as my cello lessons (I remember also bringing my cello). You can practice technique for hours but practicing awareness made it a lot more efficient, the Feldenkrais Method made me more aware of the movement, this therapy also helped me with interpretation, I was more connected to my own body but also to my inner voice.

But in order to let that inner voice speak one has to understand breathing...

Back in Europe I worked with a private coach from Paris in Sofrology and Yoga. Breathing is the basic of all. It is what makes our body function, our voice, movement. Sofrology was also very helpful for concentration, performance and self esteem. She was the one who introduced me to yoga. Synchronizing your breathing with your movement is also a key cello playing.

4. The cello, understanding the instrument

After spending 14 years digging into the influence of the body and the mind in our playing, I decided to explore more into the instrument; from the origins of the cello and the first cellists until nowadays.

Three years later I feel that I have a deeper understanding of the cello, I found my missing answers by looking into history, also noticed that the political and social context had an influence on the mind of the players, and by consequences on the way of playing and set up of the cello. (also recorded the Bach Cello Suites with full baroque set up)

5. Sharing with other cellists

What was a personal research turned out as something I like to share with my students and colleagues. If it can be useful to other cellists why keeping it for me?